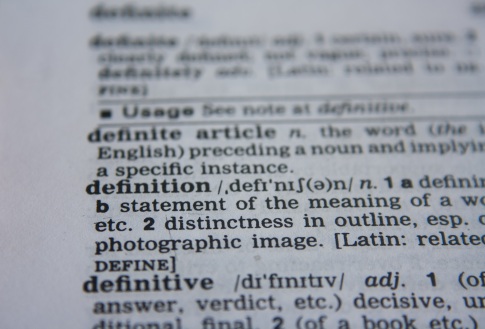 Sometimes when I need cheering up, I remind myself that I’m one of the lucky few in this world who is able to make my living doing what I love—writing.

Of course, it’s stretching a point to refer to what I make as a “living”; and it’s also not absolutely true that, in the course of an average working day, I actually get to write very much.  Mostly my job consists of re-writing what other people have written.  I also fill out a lot of paperwork, because much paperwork must be filled out before anything, from a major scientific breakthrough to changing a lightbulb, can take place at a university.  But still, I like my job, and I wouldn’t change it for anything that paid less than three times as well.

I work with biochemists (and biochemistry trainees), and, as I think I’ve mentioned, I’m also married to a biochemist, so I think I may state with some authority that the reputation biochemists have for being highly intelligent beings is generally well-deserved.  Their reputation for being incurably nerdy and somewhat absent-minded is also well-deserved; but I’m not going to get into that now.  My point is that they’re as bright a group of people as you will ever find, and like most really intelligent people, they usually write pretty well.

I learned this dialect in part by doing another of my little jobs around the lab, which is to correct the written English of the international students.

The difficulties the students have are specific to their nationalities.  Chinese students have terrible problems with verbs.  In speaking, some of them actually try to avoid them altogether (not recommended), or consistently use a single, particular verb-form—usually, for some reason, the present participle.  Nearly all of them have trouble distinguishing between an actual verb and a noun derived from a verb.  I let “we mixing the reagents,” or “I rotation the test-tube,” pass in conversation, but when the students bring me drafts of scientific papers they intend to submit, I know I have a duty to do.  Luckily, clarity is everything in a scientific paper, and style is nothing, so I’ve decided the Chinese students can live without the pluperfect.

Europeans have difficulties understanding the fine differences in meaning conveyed by the use of the definite rather than the indefinite article; students from the Middle East resist using articles at all.  “Such thing have no purpose,” an Iranian gravely informed me.  (She had trouble with her verb endings, too.)  The entire French nation apparently nurses a stubborn conviction that the word “information” should be plural.  “This informations was new to the investigator,” French students blithely write; and then they resist me when I demand that they change it.  (I avoid arguments by endorsing the use of alternate terms, such as “fact”.)  To a Russian, a double negative makes, not a positive, but a particularly emphatic negative.  (Russians also like the word “informations” a lot, though not as much as the French.)  All of them mistake slang for Standard English, which gives their papers a casual breeziness that reviewers absolutely hate.

Then after I’ve worked on the international students’ papers, I take what I’ve learned and apply it to the scientific papers written by the lab’s native speakers of English.  World-wide, many scientific journals are now published in English only.  Consequently it’s necessary, when writing papers for submission to these journals, to keep in mind that English isn’t the first language of most of the people who will read it.  Years ago, when I first started at the university, I combed draft papers principally for slang, idiom, and (in those pre-Spell-Check days) typos.  Now I flag unusual words, and simplify complex grammatical structures for the benefit of non-native speakers.

I haven’t quite resigned myself to changing my own writing style, though.  I probably should.  With the decline of the corner bookstore and the rise of Amazon-style world-wide book distribution, the more generally comprehensible a book’s style and vocabulary, the more likely it will be widely read.  Unlike many other writers, I have the experience necessary to take advantage of this.

I’ve been thinking, in fact, that given that there are over one and a half billion people in China, I should probably write specifically for the Chinese market.  I’ll write a book with a suitably Socialist plot—comrade gets girl; comrade studies Mao’s aphorisms with girl; comrade loses girl—and without any verbs at all.  It’ll be a smash.