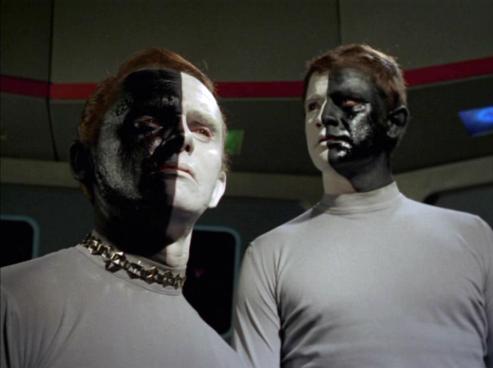 I know I’m not the first to observe that the current campaign for president is the most polarizing and divisive in memory; but I may be the first to find a good use for the fact that it is. I’ve decided that it will make me a better writer if I keep reminding myself that supporters of the candidate I don’t plan to vote for (and never mind which one that is) live in the same country I do, eat the same food, watch the same television, speak the same language, and are presumably cognizant of the same facts as I am, and yet hold completely different opinions and support completely different policies from me. Completely different. In fact, this election cycle has made me realize the degree to which I previously underestimated how much people can have in common and still end up in some ways totally unalike.

Sometimes when I write, I forget this. I put in characters who are “different” from the ones with which I personally identify, but I make them villains, or damaged in some way—even crazy. Or I don’t put characters like that in at all. I write exclusively about people who are like me. This election cycle, stressful though it has been, has at least been useful for reminding me that I personally do not define what is rightly human, and should include other kinds of people among my characters.

…And speaking of Looking Backward—which I’d rather do, because it’s a much more fun topic than the election—did anyone else have the same reaction to it as I did, that it was meant as a post-apocalyptic thriller?

No one warned me ahead of time that the book’s utopian future (the year 2000;  Looking Backward was written in 1888) was intended to be taken seriously. I kept waiting for the protagonist, the time-traveling Julian West, to realize that the citizens of the future he’d stumbled into were just waaaaaaay too content with their creepily bland and uniform culture. I waited for him to react with mounting horror to the growing realization that it was unnatural for everyone in this brave new world to be perfectly satisfied with a life spent doing nothing more exciting than listening to music (albeit right in their own houses, on their “telephonic devices”—Bellamy was a much better futurist than novelist); and never minding that the music they listened to was always someone else’s choice; or bragging to a stranger that they could eat all their meals “in any public kitchen they chose,” without ever wishing that they could select their own menu. Were all the citizens really so peacefully inclined that no one ever even wanted to watch a prize-fight, WrestleMania, or a hockey game?

And what was with the eerie degree of satisfaction the women—who were supposed to enjoy equal opportunities with men, by the way—derived from being able to buy any kind of fabric they wanted at one store? I’ve shopped for fabric. Even with a great selection, it’s not that fun. And furthermore, why were they shopping for fabric at all when Bellamy eventually reveals that in actual fact, clothing in this paradise is made of sturdy paper, to be discarded when soiled?

—Okay, the part about the paper clothes was actually in Equality, the sequel to Looking Backward—but that’s all right, because my point is that all the characters in both books were all identical to each other in outlook and attitudes*, and I mustn’t do that when I write. The guy on my street, the one with the sign for that other candidate for president, is a pretty nice fellow, really; and in a non-election year, I actually like him. I must try to remember to put people like him—not insane, and not evil—in my next book.

In the meantime, here’s an article on the subject of election-season stress that concludes with the useful recommendation to cope with anxiety by cuddling a puppy. Go visit your local Humane Society. They have puppies who will gladly exchange cuddles for calm with you.

*That is, they’re identical to each other except for a misguided few—briefly alluded to—who persist in committing unspecified “crimes.” Crime in the never-never land of Looking Backward is a “medical disorder,” and treated as such. Don’t eat the food in the public kitchens, Julian West! The public kitchens are obvious delivery-points for whatever substance the citizens are being secretly dosed with to engender all that exaggerated “calm.”