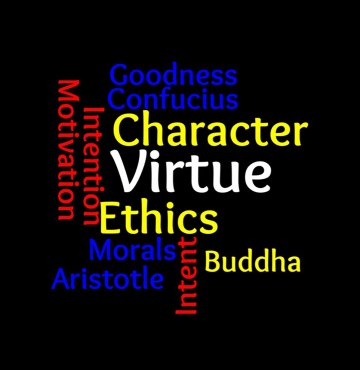 We now know for sure that it isn’t the ability to use language or tools that sets man apart from other animals; and the jury’s still out on whether, if there even is such a thing as a capacity to contemplate the divine (huh?), man is in exclusive possession of it. But nobody’s shown to my satisfaction that any other species but humans so consistently and imaginatively rationalize. Our ability to conjure up exculpatory reasons for what we do seems to be our great defining characteristic.

I think this is a very important thing to keep in mind when writing fiction. Any character who isn’t meant to be a certified psychopath should not only have clear motives for what he does, but should consciously (and—to be authentic—continually) rationalize his misdeeds.

In stories I’ve written, based mostly on people I’ve actually known, the rationalization often turns out to be the most interesting aspect of the work. This is because many times humans don’t just want to convince themselves and others that some unkind or unfair thing that they’ve done isn’t really so bad after all, or should be excused because of some extenuating circumstance. People often rationalize their behavior all the way from bad to good; even from positively evil to virtuous.

Take, for example, an elderly aunt of my mother’s, now long dead. According to Mom, this woman’s perennial state of simmering rage was likely genetic. She was apparently just born hating the world. But after being raised in the same tepidly Methodist household that produced my grandfather and several other perfectly normal people, Auntie embarked on a quest for a rationalization for her inner rage; which, after some early experiments with radical—really radical—politics, eventually led her to a small church which preached that to hate your neighbor was a sure sign of Salvation. Like the members of Westboro Baptist, the innate anger of the members of Auntie’s church was righteous anger; and intolerance of not only the sin, but the sinner, too, was virtuous and good. Everybody who ever met her disliked her; but Auntie was—in her own mind, at least—sure of Heaven.

I’m seeing the same thing in certain Trump supporters. For years, some of the ones I know personally kept their bigotry and sexism quiet (at least in public), though the rest of us were all more or less aware of what they really thought. Then along came the Trumpkins, relabeling political correctness (otherwise known as an effort to screen overtly racist and blatantly hurtful language from public discourse) as hypocrisy; and bad manners and aggressive self-promotion as authenticity. Some Trump supporters are simply delighted—beyond delighted—to see hatefulness and prejudice redefined as “virtues”, because they like to be virtuous as much as anybody. Now, without having had to abate their hate and prejudice in the least, they can tell themselves that they—like Auntie—are so full of virtue that they’re sure of Heaven or at least a tax cut.

Of course, the problem Auntie had with being actively disliked is a problem for some Trump supporters I know, too. And if I were writing them in a piece of fiction, they would definitely see very soon that real virtue, practiced properly, doesn’t alienate you from your friends and relatives. In the meantime, I’m getting a lot of good information on how to write about families torn apart and old friendships destroyed by ideology, which is useful, I suppose; though sad. It remains to be seen whether I’ll also one day be provided with many examples of happy reconciliations and tearful resolves to try, in future, to come to some better understanding.

2 thoughts on “Rationalizing Your Way to Virtue”