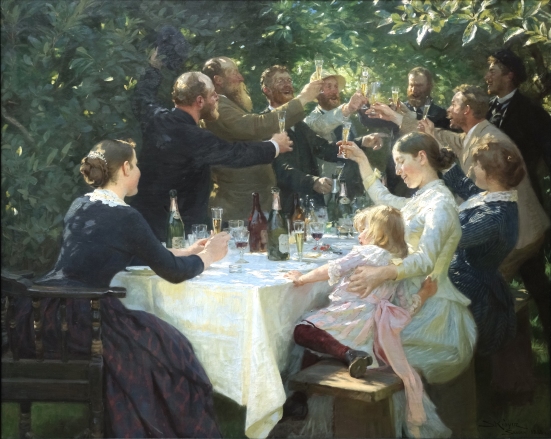 I have all the admiration in the world for historical fiction; especially my own, which has the advantage of always being about the periods and people I am most interested in. (Not too badly written either; although I admit they could still stand to improve in that regard.) But—and I hope I’m not out of line here—I expect the historical fiction I read to be reasonably historically accurate. As far as I’m concerned, authors may invent all the characters they like; but where they include actual, genuine historical figures, I think they ought to stay pretty close to the facts of those people’s lives as we know them. —And the “facts” I’m talking about include the absolute certainty that all people, in every age, who have principles or points of view that are not in line with the ones usual for their period had to pay a price for their non-conformity. A medieval person who said, “No, really: We shouldn’t be punishing these people! Homosexuality is really perfectly natural!” would probably have been castrated along with the homosexuals he was trying to protect; and a 1930s American housewife who said, “Honey, I want to go back to work. Let’s put the kids in day-care!” not only would have found no good day-care, she’d have found no sympathy for her desire to have a career, either.

Since social history is my very favorite subject, I’m particularly offended when it appears that an author has done almost no research into the manners and customs of the time s/he writes about. Medieval people only ate messily with their hands and threw the bones over their shoulders in old movies; and unless they died alone and unexpectedly, they were invariably offered shrift (confession), and Extreme Unction. I won’t name the book (because I didn’t like it), but I read one recently in which an actual historical king was depicted as refusing the final offices of the Church when he was dying because he “preferred to make his own peace with God.” Furthermore, his entire family went along with the plan.

It’s bad enough when, in television period pieces, men wear their hats indoors and remain seated while shaking hands;  women who are supposed to be ladies eat and drink while wearing gloves; and—okay, this one was actually in an opera which I otherwise enjoyed—ladies attend church (Catholic; pre-Vatican II) bareheaded. TV is TV (and opera is great and you should try it), and I don’t expect any better from it.

But an author ought to do better, and I’ll tell you why: Because an author who doesn’t want to study up on, or conform to, historical fact can always write fantasy instead.

Fantasy is great. I recommend it. In fantasy, people can have modern view-points and wear flowing gowns and shiny armor too. They can be kings wielding actual power (rare as hen’s teeth these days), and yet still be Sensitive Guys who bathe. Women can put on men’s clothes and ride into battle like Joan of Arc without getting burned at the stake like Joan of Arc. (As evidence that one of the charges against her was true—that she was “headstrong in speaking out on matters of faith”—it was pointed out to Joan that she had taken Communion dressed as a male.) Fantasy is fun; fantasy is freeing; and no matter what historical liberties or social anachronisms you introduce into a work of fantasy, even cranky old people like me cannot complain that you have gotten it all wrong, dammit.